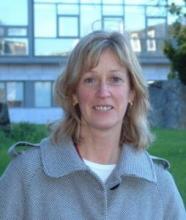 Nora O’Brien’s group has developed a number of cell culture models to study the effects and mechanisms of action of a range of dietary components. The focus has been on the cytoprotective, antioxidant, antigenotoxic and immunomodulatory effects of these components in cell systems. The range of dietary components studied, to-date, include carotenoids, tocopherols, flavonoids and other phytochemicals. In addition to individual chemical compounds, the group has also assessed the bioactivity of extracts from seaweed, herbs, potato peel extracts and brewers' spent grain. Currently, the group is investigating the bioactivity of protein hydrolysates extracted from a variety of sources including milk, meat, fish, barley, potatoes and flaxseed. The group has also successfully established an in vitro bioavailability model employing a simulated digestion procedure and differentiated Caco-2 cells grown on transwell plates. We have published many studies demonstrating the validity and usefulness of the model. The main chemicals whose bioavailability we have tested to-date are carotenoids.
The group’s work has also focused on the cytotoxic, genotoxic and cell signalling effects of cholesterol and phytosterol oxidation products in cellular model systems. The potential protective effect of phytochemicals against the toxic action of oxysterols has also been studied.
Additionally, Professor O’Brien has a research interest in Human Nutrition in the Developing World. Current research includes the AGRIDIET project which is funded by Irish Aid. This project involves investigation of agriculture-nutrition linkages in different agro-ecological zones of Ethiopia and Tanzania. Our group is contributing the nutrition expertise for the project. Recently, our group has also been successful in obtaining significant funding from the Department of Agriculture, Food and the Marine (DAFM), Ireland, for a 4 year project whose objective is the development of a novel Fortified Blended Food suitable for use by the World Food Programme and other humanitarian organisations.